Dionysus in America AND a Latino veteran story
by Thinkery& Verse

Thinkery & Verse is producing Dionysus in America by Jenny Pacanowski, combat veteran and poet. An American dystopia, women suffer endless harassment, and right-wing politics wrench away women's control over their own bodies; in response, American women heed the call of Dionysus, and flee to new, strange, euphoric rites in Iraq, the cradle of civilization. General Pentheus, leader of the American war machine, swears to go to the Middle East, liberate the women, and drag them back to the United States. Unfortunately, he operates unaware that his uncle, a transformed and unrecognizable Dionysus, God of ritual madness, has decided to punish America's hubris for rejecting his mother, his divinity, and his seemingly inexplicable rites of devotion.

Teatro Vivo will collaborate in a Latino veteran story, a new play inspired by the experiences of real life Latino veterans. Their words provide a glimpse of what it’s like to be a Latino in the military, the trauma of war, and the challenges of returning home.

[image: "Dionysus" by Alessandro Neschi, available for purchase via pixels.com]

After developing the play through a grant with Aquila Theater, the most prolific classical touring company in America, Thinkery & Verse works with first-time playwright and combat veteran Jenny Pacanowksi to offer a fast-paced, thrilling re-imagining of Euripides' The Bacchae, as translated by Paul Woodruff, a Distinguished Teaching Professor of classics and philosophy at the University of Texas at Austin. Performances will be at The Vortex.

In collaboration with Teatro Vivo, Thinkery & Verse is co-producing a Latino veteran story (Title TBD), a new play inspired by the experiences of real life Latino veterans. Performances will be at The Mexican American Cultural Arts Center.

Both pieces will be directed by Karen Alvarado with dramaturgy by John M. Meyer. Alvarado and Meyer are Co-Artistic Directors for New-York-based Thinkery & Verse.

All actors will receive a $300 stipend.

Rehearsal time will be based on cast availability, four to five days per week. Night and weekend rehearsals are to be expected.

Casting, table read, and one or two days of rehearsal in July, 2019

One or two days of dance or music rehearsal in August 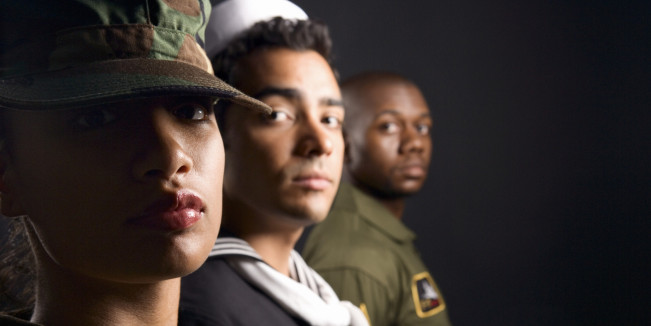 Casting, table read, and one or two days of rehearsal in July

Joint auditions for both productions will be held at the Emma S. Barrientos Mexican American cultural Center, 600 River Street, Austin, Texas. Auditions will be in two-hour blocks. Please expect to stay for an entire two hour block.

We are looking for an ensemble of 8-14 actors, aged 18 or older, who are open to small group devising, creative writing, physical movement work, and vocal exploration. Please note if you have any dance or music training and if you play an instrument. You do NOT need to have formal dance or singing training to be in either show. We are simply looking for an ensemble willing and able to explore voice and movement, as there will be choral work and movement numbers in at least Dionysus in America. Ethnic, age, gender, and body diversity is essential. All are encouraged to audition.

Note: Partial nudity may be explored for roles in Dionysus in America

Please email thinkery.and.verse@gmail.com and cc info@teatrovivo.org with your headshot, resume, dance/music experience, which show you are interested in (you can list both), and which date and time slot you plan to attend. You will then be emailed the audition location and sides.

Ino/Maenad chorus member - female identifying, mid 20's - early 40's, meek, maternal, aunt of Dionysus, fearful until released then animalistic and intense, she needs to prove she is worthy to become a Bacchaic true follower of Dionysus

Autonoe/Maenad chorus member - female identifying, mid 30's - early 40's, skeptical, aunt of Dionysus, fearful until released then animalistic and intense, she needs to prove she is worthy to become a Bacchaic true follower of Dionysus

Dionysus - male, female or non-binary, 21 - early 40s, big and tall in presence, bold, feminine undertones with some gender ambiguity, able to rage as well as caress, persuasive - God of Wine, Ritual Madness and Theatre, son of Zeus and Semele, claims to be The General of ALL the Armies in the World

How do theater artists choose what to perform? How do they create an ensemble, design a costume, or craft an argument? In our art, Thinkery & Verse places disparate traditions ...