Agni Entertainment invites you to a wedding bonanza this fall! Immerse yourself, literally, in a hilarious comedy of errors as you traverse the venue while watching the story of Arjun and Annabelle unfold. The Big Fat Indian Wedding promises to make you laugh, sing and dance as cultures come together in the first ever site-specific Bollywood production.

You will be required to read lines for the part you're auditioning for. Once you arrive, you will be given lines and have 30 minutes to prepare after which you will read with the director and/or writer.

Please bring a resume and fill out the registration form - click HERE.

Calling all ethnicities . Look at all these roles we are auditioning for Our upcoming Bollywood production “The Big Fat Indian Wedding":

Come show us your acting chops ! See you there! 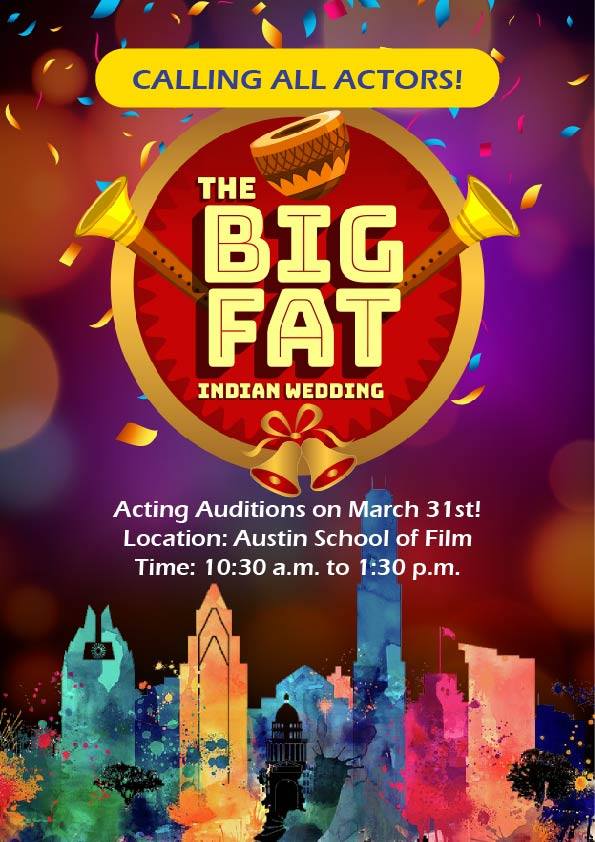