Jeeves Takes A Bow
by Playhouse 2000

Based on the hilarious characters created by by P.G. Wodehouse, Jeeves Takes a Bow follows very British Bertie Wooster and his ever valiant valet, Jeeves, to New York, where he meets a Broadway chorus girl, is menaced by a real, honest-to-goodness mobster, loses his identity, and is threatened with marriage!  Jeeves jumps to the rescue once again, with enough plot twists to leave you tied up in knots, but with a song in your heart and a smile on your face.

In this adaptation, we find young Bertie Wooster and his valet Jeeves in New York trying to avoid responsibilities back in England. Bertie quickly realizes trouble will find him even in America as he runs into a friend who gets them all mixed up with some questionable theater types. Taking place smack dab in the middle of Prohibition and embodying the fast talking era of the 30s, Jeeves Takes a Bow is a fast-paced and quick-witted comedy.

AUDITIONS
Guest Director Jessica Sturm, whose last directing project at P2K was 2015's hit Weekend Comedy, will be filling a cast of 4 men and 2 women of various ages for Jeeves Takes A Bow - a terrific new comedy by Margaret Raether based on the hilarious "Bertie and Jeeves" stories of P. G. Wodehouse.
Auditions will be held on Sunday, December 3 at 2:30 p.m.and Monday, December 4 at 6:30 p.m. in the Kit Werlein Annex Studio (parking is easiest on the Jefferson Street side of the City Center.)
Auditioners should be ready to read from the script - no advance preparation is necessary.  All roles will be cast from the audition.
Roles Available are:
Rehearsals for Jeeves Takes a Bow will begin roughly around Dec 11, with a break for both Christmas and New Year. Performances are set for February 2-18, 2018 in the VK Garage Theate

Fill out the linked form for any P2K show you are interested in auditioning for.  Thanks. 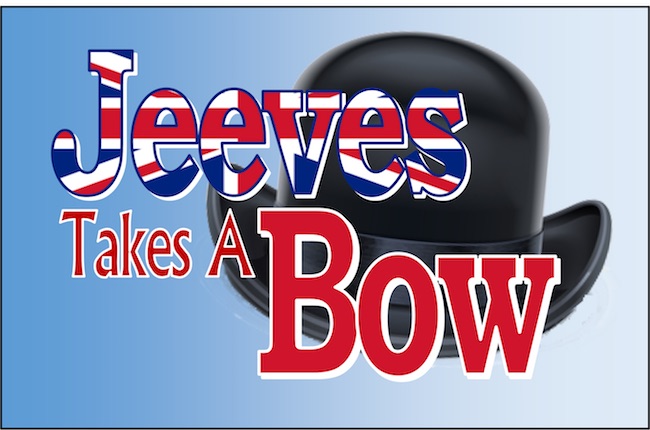