The Little Sisters of Hoboken have a big problem and they need to raise some money fast!  So they decide to "put on a show" in the gym-atorium - most recently the site of the middle-school rendition of Grease!

When five stage-struck nuns set out to "wow" an audience, you can bet that some hilarity will ensue.  And that's just what happens in Dan Goggin's perennial musical favorite - Nunsense.
Director Jeffrey Brown will be looking for five women to play the Sisters at auditions scheduled for Sunday and Monday, August 27 and 28 in the Werlein Annex Studio.  Sunday time is 2:30, Monday time is 6:30, and you can choose whichever is most convenient for you.
Plan to sing 16 to 32 bars of a Broadway-style song for which you bring sheet music for the provided accompanist.  We'll also read from the script.
Plays October 20 - November 4, 2017 at the VK Garage Theatre in Kerrville.
Roles available include:

If you have any questions, email jbrown[AT]caillouxtheater.com 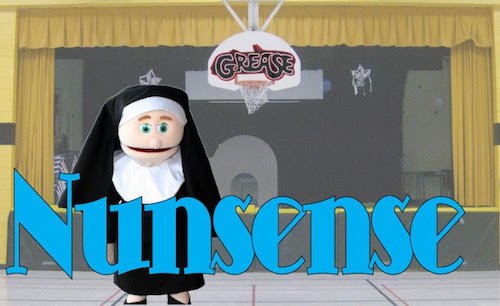