The Pirates of Penzance
by Gilbert & Sullivan Austin

Gilbert & Sullivan Austin presents as its summer 2017 Grand Production “The Pirates of Penzance; or, The Slave of Duty.” Nine performances will be presented at the Worley Barton Theater at Brentwood Christian School, June 15-25. “The Pirates of Penzance” will delight Austin theatergoers of all ages who relish tuneful music, dazzling staging, and hilarious shenanigans by a band of soft-hearted pirates, bumbling bobbies, and sweet Victorian maidens—not to forget that very model of a modern Major-General! 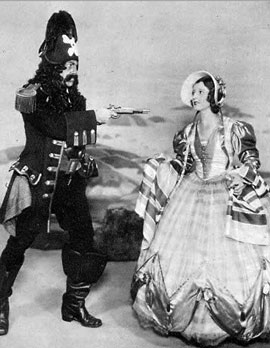 “The Pirates of Penzance” premiered in New York City in December of 1879, where the show was well received by both audiences and critics. Its London debut was in April of 1880. It is without question one of the most popular shows in theater history, and it has been performed around the world continuously for over 138 years. “Pirates” was the fifth Gilbert & Sullivan collaboration, and it introduced the ever-popular and much-parodied “Major-General’s Song.”

The first of two acts is set on the coast of Cornwall, at the time of Queen Victoria’s reign. We are introduced to a young Frederic as well as a band of tender-hearted pirates and their leader, the Pirate King. Soon Frederic meets Mabel, the daughter of the powerful Major-General Stanley, and the two young people instantly fall in love. Due to a topsy-turvy complication owing to the date of Frederic’s birth, bewilderment and hilarity ensue.

Act two is set in a ruined chapel on the estate of the Major-General. The Sergeant of Police and his corps set out with a plan to arrest the pirates due to their skull-and-cross-bones trade, but are unnerved by things they hear from the Major-General’s daughters. Frederic, always present with a keen sense of duty, strives to find his true love—as pirates, police, and lovely young maidens encounter the perils and ecstasy of love. In the end this pirate adventure brings happiness to all who are along for the marvelously musical and hilarious ride.

All performances will have supertitles. 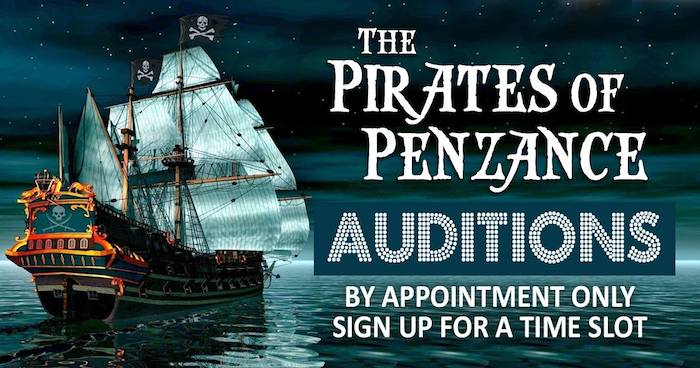