Comment by Logan Giberson: Sporting more than twenty years of theatrical excellence, Shakespeare Under the Stars is back at the EmilyAnn Theatre & Gardens this summer with its production of Richard III.  The show runs from July 31st through August 9th nightly at 8:15 p.m., except on Sundays.

If you consider yourself a citizen of Wimberley, you've probably been to at least a few of these performances. If you haven't, you had better get down to the EmilyAnn before tickets sell out! These shows fill fast, as people flock from all over Central Texas for a fun night at the outdoor theatre. The shows aren't just great entertainment, they also serve as a social hotspot for theatre fans and actors alike.

What about the show? Great question. Richard III is a tale of a man so twisted and so desperate for the crown that this darkness manifests, changing his appearance. Richard's physicality becomes as twisted and deformed as his own soul. The show gives insight into one of history's most complex periods. Taking place in 1484, the play depicts England as it endures a drastic shift of power from one royal lineage to another. The choice to portray the show in its true time can only be described as extremely bold yet immensely rewarding for the cast of high school students. In a time so rife with social conflict, the young but experienced actors have been challenged to reach new depths of character development. The cast strives to reflect the sheer tempestuousness of 1484 in overwhelming detail. The actors and actresses mentioned in interviews that the social conflict drives the play, and not unlike social conflicts today, it affects a whole nation.

Part of what makes Richard III so accessible to many audiences is how relatable it is. One actress, Caitlin Iliff, referred to the show as "ironically mainstream" on account of how applicable it is to American society. The play is as much of a political and social commentary today as it was when Shakespeare wrote it. Judgment and prejudice abound as Richard himself guides the audience throughout the show. Viewers are challenged to differentiate between grittiness and beauty as they intersect more often than one might think. In simple words, the actor playing Richard III, Reed Neal, described it best: "the show is a conflict of impulse and logic, and everything in between."

If you are looking for a great night out in Wimberley, then bring your friends and family to Richard III, presented by the EmilyAnn's own Shakespeare Under the Stars. 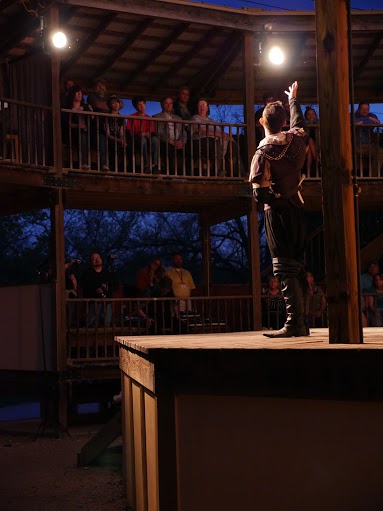