A dark American comedy by Anne Washburn with music by Michael Friedman. Directed by Jennifer Jennings. Mr. Burns tells the story of a group of survivors recalling and retelling The Simpsons' Cape Feare episode, shortly after a global catastrophe, and then explores the story as it evolves into cultural mythology. It originally premiered in 2012 at the Woolly Mammoth Theatre Company in Washington, D.C., and then ran at Playwrights Horizons in New York City.

[poster image uploaded to Pinterest by Darcy MGrath; no additional credit given] 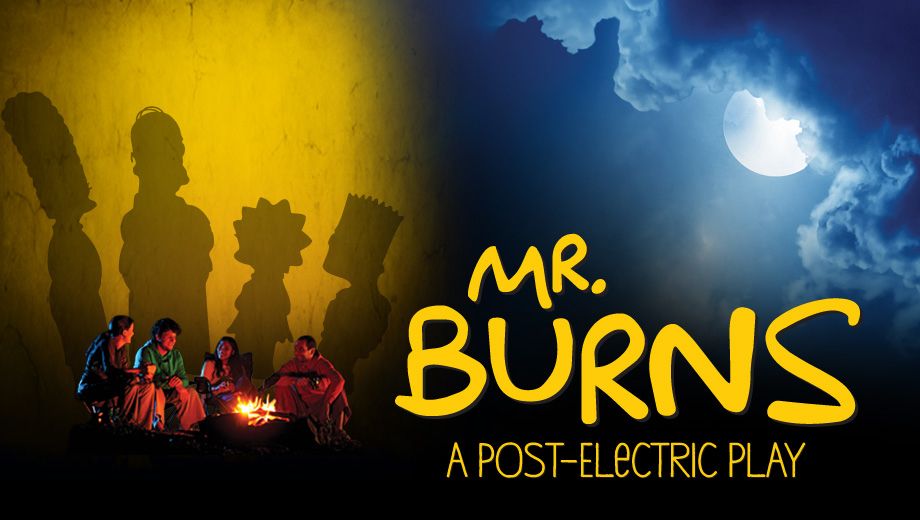