Vincent intimately relates the life story of the iconic painter, Vincent Van Gogh, from the perspective of his brother Theo. Based on actual letters between the pair, the play goes beyond biography of the misunderstood artist who cut off his own ear by revealing the bigger meaning and significance of Van Gogh’s life – a symbol of inspiration, courage, passion, and the lust for life that art kindles in all of us.

Tickets to Vincent are $16-$31. The show is most recommended for ages high school and up. The performance runs about 85 minutes. Call the box office for special discounted tickets to both Vincent and DISORDER for $35 total at 512-850-4849.

The Ground Floor Theatre in Austin will host the first three weekends of performances of Vincent. Then, for two performances only, on April 18th at 2:00 pm and 8:00 pm, the production will move to the Elevate Event Live space in Pflugerville.

Notes from the box office

First Saturday Soiree On Saturday, March 28th, join us after the show as we celebrate opening weekend with a special party. First, participate in a Q&A session with our cast and creative team. Then, meet and mingle with us as we celebrate with some tasty treats and drinks. Tickets to the Soiree are only $5, but Season Members get in free!

DISORDER On Sunday, March 29th and Sunday, April 5th, DISORDER, a show written and performed by Natalie Blackman will have performances at 2 pm. A young woman's harrowing journey through our fractured mental health system as she triesd to save her father after he suffers a psychotic break, DISORDER seeks to raise awareness about mental illness and to dismantal the crippling stigma that comes between individuals and life-saving resources. See here for more info on tickets to DISORDER.

Penfold Postshow On Saturday, April 4th, join us after the show to discuss the process of building of a one-person show, how being double-cast affects the direction, rehearsal, and performance of the show, and why we chose to tell this story of Vincent van Gogh now. 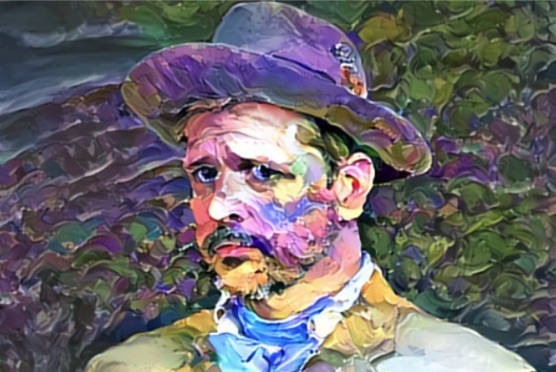