Blood Brothers is at first a heart-warming story of Mickey and Edward, two fraternal twin brothers separated at birth, only to be brought together again through friendship. However, their familial relationship is concealed by their mothers, who strive to keep them apart because of superstitious beliefs.

Eventually going their separate ways, their lives continue to intertwine, despite the deep divisions between the privileged life of Edward and Mickey’s poverty-stricken existence. As they try to conquer the social divisions which hinder their friendship, they must deal with the harsh realities of class consciousness. Edward goes on to study at Oxford while Mickey is eventually forced into a life of crime and addiction.

As adults, they are caught up in a vicious love triangle with Mickey’s childhood sweetheart Linda. Mickey’s imprisonment and subsequent depression pushes Linda into the arms of the conciliatory Edward. Which causes a desperate Mickey to take drastic action against his fraternal twin, ultimately exposing their true identities.

Blood Brothers, a musical written by Academy and Tony-award-winning author of Educating Rita and Shirley Valentine Willy Russell, originally opened in 1983 at the London’s West End at the Lyric Theatre where it received the coveted Olivier Award for Best New Musical and Best Actress in its first year! After a successful first run it did not appear for five years before being revived at the Albery in 1988 subsequently transferring to the Phoenix Theatre in 1991 where it remained until 2012 – becoming one of the longest running musicals in London. In 1993 Blood Brothers premiered on Broadway resulting in Tony Award nominations for Best Musical, Best Direction, Best Actress, Best Actor and Best Featured Actress and a Tony Award to Russell for Best Book.

SPECIAL LIMITED ENGAGEMENT-TWO WEEKEND RUN!!
It WILL sell out so buy your tickets online now at www.emilyann.org 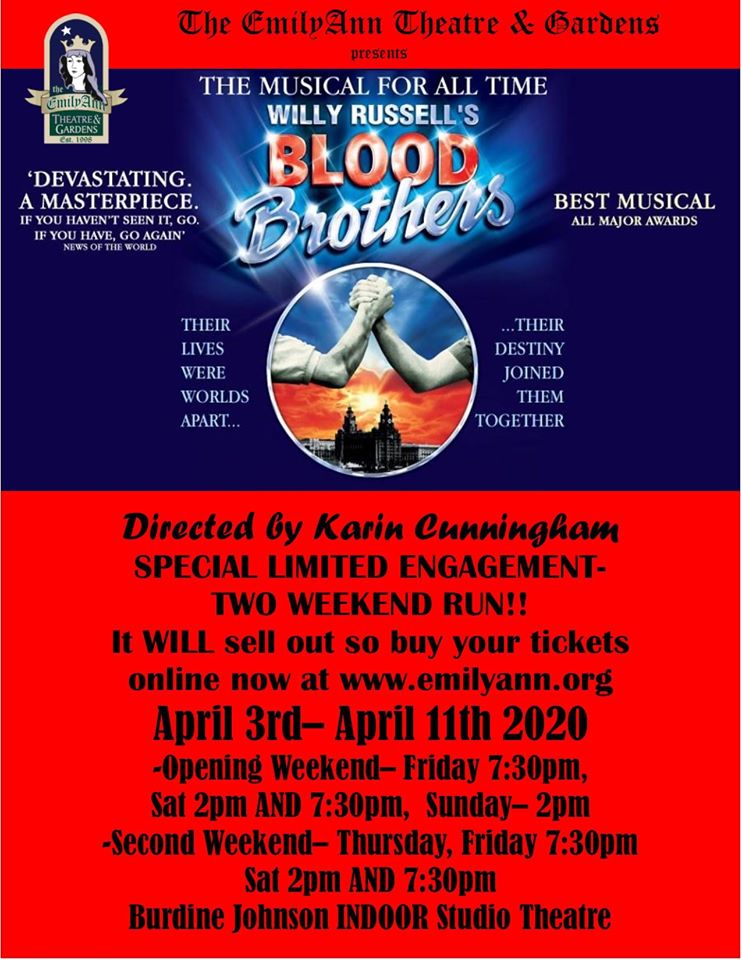 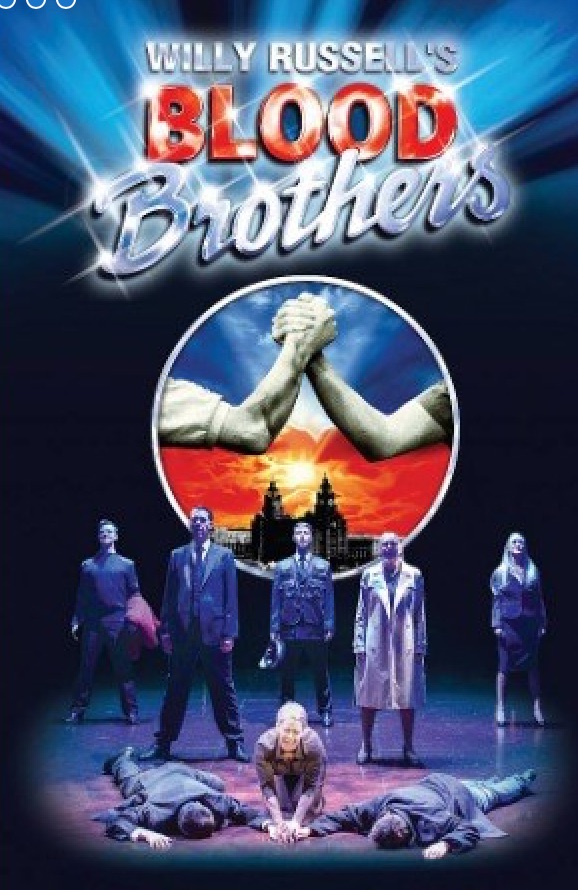