Sense and Sensibility
by University of Texas Theatre & Dance

When their father suddenly passes away leaving his estate to his son, sisters Elinor and Marianne Dashwood find themselves financially destitute and their reputations tarnished. The personifications of good sense and emotional sensibility, the Dashwood sisters must now navigate their new lives and romantic entanglements under the judgmental eyes of 19th-century English society in order to regain their social standing and find true love.

Jane Austen's Sense and Sensibility comes to life on the stage with vivid imagery, biting wit and undeniable passion through the Dashwood's adventures and misadventures on their journey to find happiness.

In a world where money and power define your worth, can you really be true to your heart?

Sense and Sensibility
by Adapted for the stage by Joseph Hanreddy and J.R. Sullivan
University of Texas Theatre & Dance 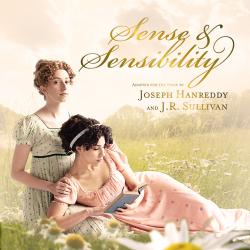