“When the Gods wish to punish us, they answer our prayers.” – Sir Chiltern, An Ideal Husband

The respectable Sir Robert Chiltern is a successful Government minister, well-off and with a loving wife. All is threatened when the conniving Mrs. Cheveley appears with damning evidence of a past misdeed and threatens blackmail. His best friend comes to his aid - and through a number of comedic entanglements – tries to lead Robert and his family out of harm and disgrace. But there are others who have desires and ambitions all their own. While written in 1895, underneath a surface of frivolity and appearances, there lies countless elements of today’s current times and affairs: feminism, blackmail, political corruption, morality and mistrust, the psychology of love and forgiveness, are all served up with the effervescent Wilde wit, where in a course of just twenty-four hours, this cocktail mix of characters learns what it means to be “an ideal husband.”

“To love oneself is the beginning of a lifelong romance.” – Oscar Wilde

The City Theatre Company throws back the bite of winter and moves into sunny spring with Oscar Wilde’s most famous and popular comedy An Ideal Husband. Quick-tongued, lively, a merry-go-round of sparkling wit and daring humor at every turn brought to new life with panache from CTC’s guest director, Cris Skinner.

Oscar Wilde was born Oscar Fingal O'Flahertie Wills Wilde in Dublin, 1854. His father was an eminent Victorian surgeon and his mother, Jane Francesca Elgee (or Lady Wilde), was an Irish nationalist and saw herself as a revolutionary. She attracted intellectuals like herself, which brought an interest in art and culture, and an elegance for wit into the life of young Fingal O’Flahertie. Success and drama marred Oscar’s life. His popular works transformed literature of the Victorian era including The Importance of Being Earnest, An Ideal Husband, Salome, and The Picture of Dorian Gray. He was the most celebrated author of his time, and his works continue to be read, adapted, translated, and produced for the stage worldwide. He witnessed an ill-fated downfall in 1885, when arrested for “gross indecency” and imprisoned on account of his iniquitous homosexuality. With his health irrevocably damaged and his reputation ruined, he left the country and spent the rest of his life in Europe, publishing “The Ballad of Reading Gaol,” leaving, many may argue, one of the most influential collections of works by a single writer, and Oscar Wilde as one of the greatest comic playwrights in the English language.

City Theatre is celebrating its 15th anniversary season of live theatre entertainment. CTC is an Austin-based, not-for-profit arts organization and is sponsored in part by the Austin Creative Alliance and the Cultural Arts Division of the City of Austin. Founded in 2006, the company has been recognized by the Austin Critics Table Awards, the B. Iden Payne Awards, the Central Texas Excellence in Theatre Awards, BroadwayWorld Austin, Central Texas Live Theatre, and has twice been voted “Best Theatre Company” by Austin American-Statesman’s Austin 360. CTC is dedicated in providing a quality, reputable, and diverse public theatre and stage entertainment experience that is accessible to all artists and the entire Austin community. CTC continues to offer its student and group discount ticket program for any show. Put a little theatre in your life!

AN IDEAL HUSBAND by Oscar Wilde 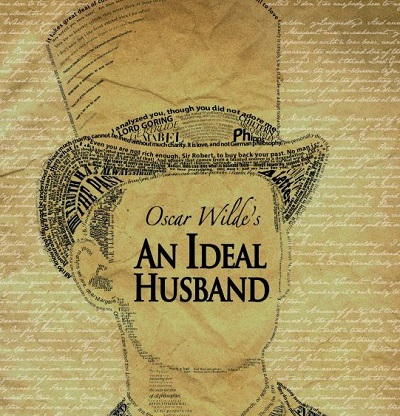