Crimes of the Heart
by Unity Theatre

The three Magrath sisters have gathered to await news of their grandfather who is living out his final hours in the local hospital. Lenny, the oldest, is unmarried at 30 and facing diminishing prospects; Meg, the middle sister, outgrew small-town Hazelhurst and has returned after a failed singing career on the West Coast; while Babe, the youngest, is currently out on bail after having recently shot her husband. Their troubles are hilarious (and many!) and are highlighted by their priggish cousin, Chick, and the awkward young lawyer who tries to help Babe. Winner of the Pulitzer Prize and the New York Drama Critics Circle Award, this is a warm-hearted, zany play that teems with humanity and humor.
A Comedy/Drama by Beth Henley

Crimes of the Heart
by Beth Henley
Unity Theatre 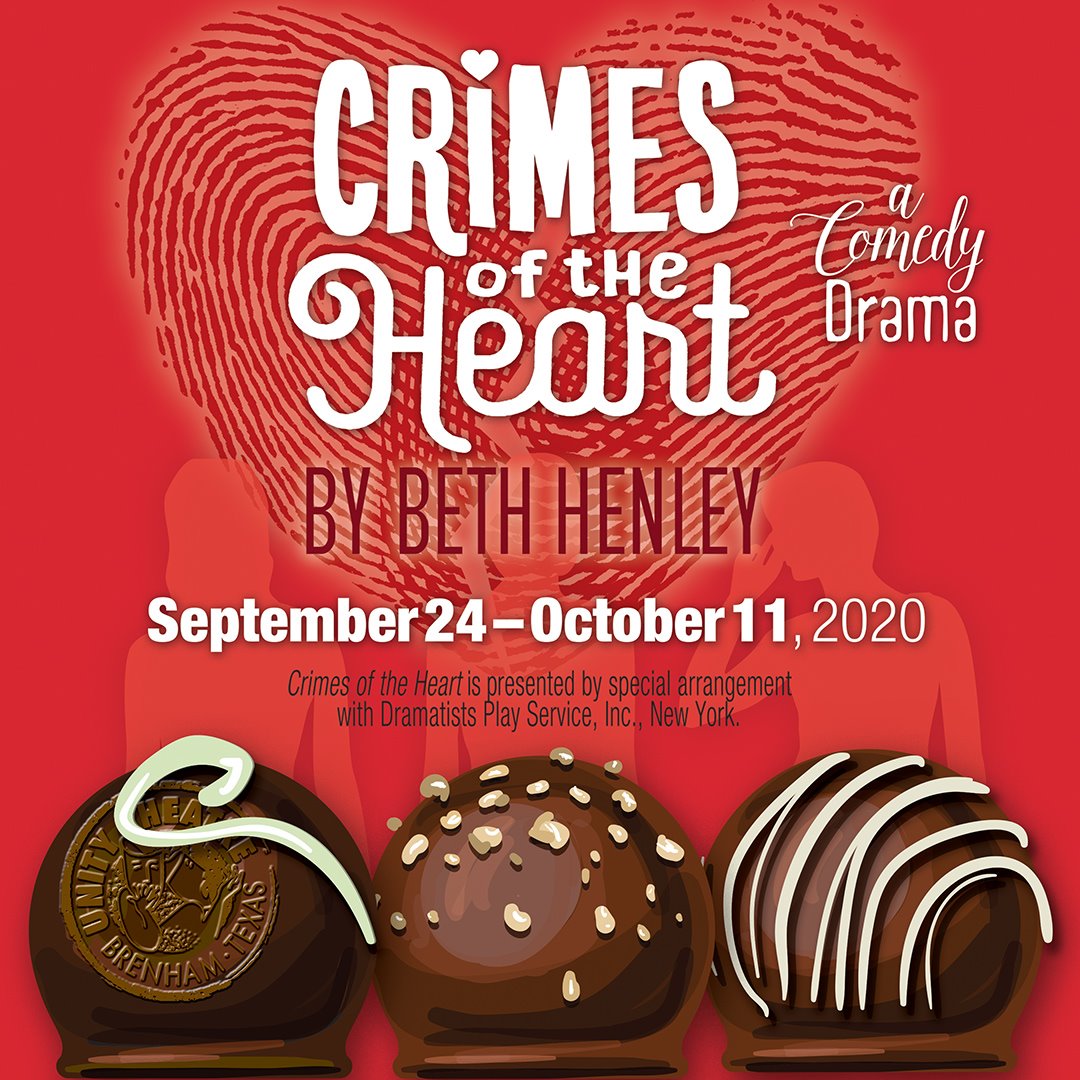