The cast starts with Martin Vidal in the title role. Martin first appeared with us as "Jacques" in 2018's As You Like It.
Two of Lear's infamous three daughters, "Goneril," and "Cordelia," will be played, respectively by Amy Goodyear and Katie Bishop, both long-time P2K and SITP veterans. The third daughter, "Regan," will be played by Austin-based Marissa Nicole, making her P2K debut.
Other SITP veterans in the show are Mitch Mitchell as "Gloucester," Treston Mack as "Edmund," Jeffery Hensel as "Oswald," Jared Graf as "Kent," and Marcus Goodyear as "Albany."
And Heather Butler, Joan Bryson, Harper Mitchell and Keaton Mitchellall add to their P2K resumes as "Servants" and "Musicians."
Additional newcomers being welcomed to the P2K stable include Michael Wingard as "Edgar," Jared Thaler as "France" and Vivian Wellborn as "Messenger."
Jessica will be ably assisted by Assistant Director Faith Mooney and Stage Manager Kerri Sparkman.

Friday-Saturday,
June 05 - June 06, 2020
Louise Hays Park
202 Thompson Drive
Kerrville, TX, 78028
We are CURRENTLY scheduled to present King Lear in Louise Hays Park on Friday and Saturday, June 5 and 6, and we are preparing with that intention.
IF IT BECOMES NECESSARY, we will adjust this date based on developing information. If that happens, we'll let you know here in the eBlast.
Here's hoping we're all together again soon - and no later than the first weekend in June in Louise Hays Park for King Lear. 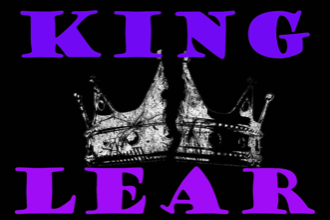