The Magik Theatre presents The Very Hungry Caterpillar Show, taking four of Eric Carle’s beloved stories to the stage. This will be the last show in Magik’s 25th anniversary season, concluding with a special extended run at the Charline McCombs Empire Theatre.

“I hope the performance will be enjoyed by many and that the colorful characters will bring comfort and joy to all who see the stories that have been so carefully produced,” said creator, Eric Carle. “It is uplifting to see such beautiful and cheerful works inspired by my characters! I hope my books - and this show - will inspire you and your imagination.”

“As a mother of three young boys, I can’t imagine how many hours I’ve spent reading The Very Hungry Caterpillar. I’m eager for them to see their favorite story come to life onstage, especially through the magic of puppetry,” said Magik’s General Manager, Shelley Weber.

The Magik Theatre is celebrating its 25th anniversary during the 2018-2019 season, sponsored by H-E-B. Special thanks to the City of San Antonio Department of Arts and Culture.

The Very Hungry Caterpillar Show runs July 12 - August 4 at The Magik Theatre, sponsored by the Edaren Foundation. For tickets, visit MagikTheatre.org or call the box office at 210.227.2751. Tickets start at $15 with discounts available for students, seniors, military and educators.

The show continues its run August 9 - 18 at the Charline McCombs Empire Theatre. Tickets start at $15 and can be purchased through Ticketmaster.com by searching “Magik Theatre Presents: The Very Hungry Caterpillar”.

Special Performances at The Magik Theatre

Military and First Responders Performance: July 20 at 2 p.m. Magik appreciates all of the selfless heroes in the community who put their lives on the line. To celebrate them, active or retired members of the military and first responders with I.D. pay $5 per ticket for their entire party for this performance. 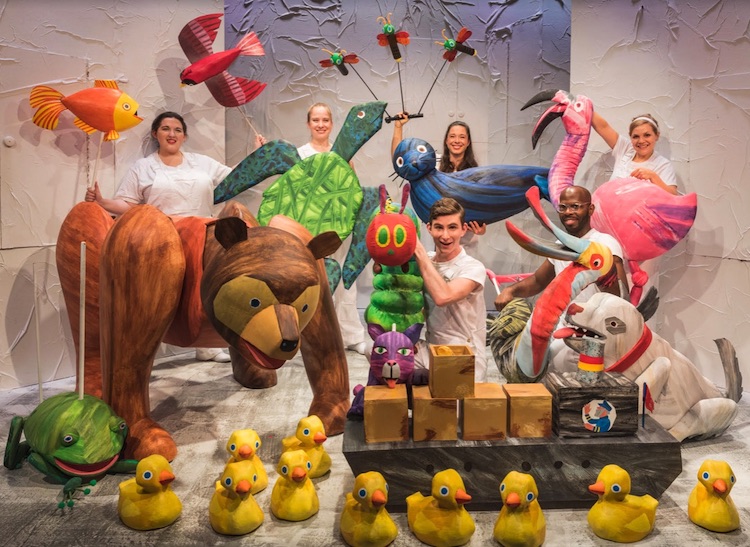