(video promo from The Stage)

The Playboy of the Western World is set in Michael James Flaherty’s public house in County Mayo on the west coast of Ireland during the early 1900s. Christy Mahon is a young man running away from his farm, claiming he killed his father. The locals are more interested in vicariously relishing his story than in condemning the immorality of his murderous deed. Christy’s tale captures the romantic attention of the bar-maid Pegeen Mike, the daughter of Flaherty. The play is best known for its use of the poetic language of Hiberno-English, heavily influenced by the Irish Language.

The Playboy of the Western World is a three-act play first performed at the Abbey Theatre in Dublin, on January 26, 1907.

John Millington Synge’s darkly comedic masterpiece takes us on a wild Irish romp to a sleepy coastal village and Flaherty’s Public House. When a frightened stranger arrives with an intriguing story of murder, the captivated townsfolk quickly elevate the man to a local legend. Now the question becomes, will his past come back to haunt him?

Information about The Stage Austin 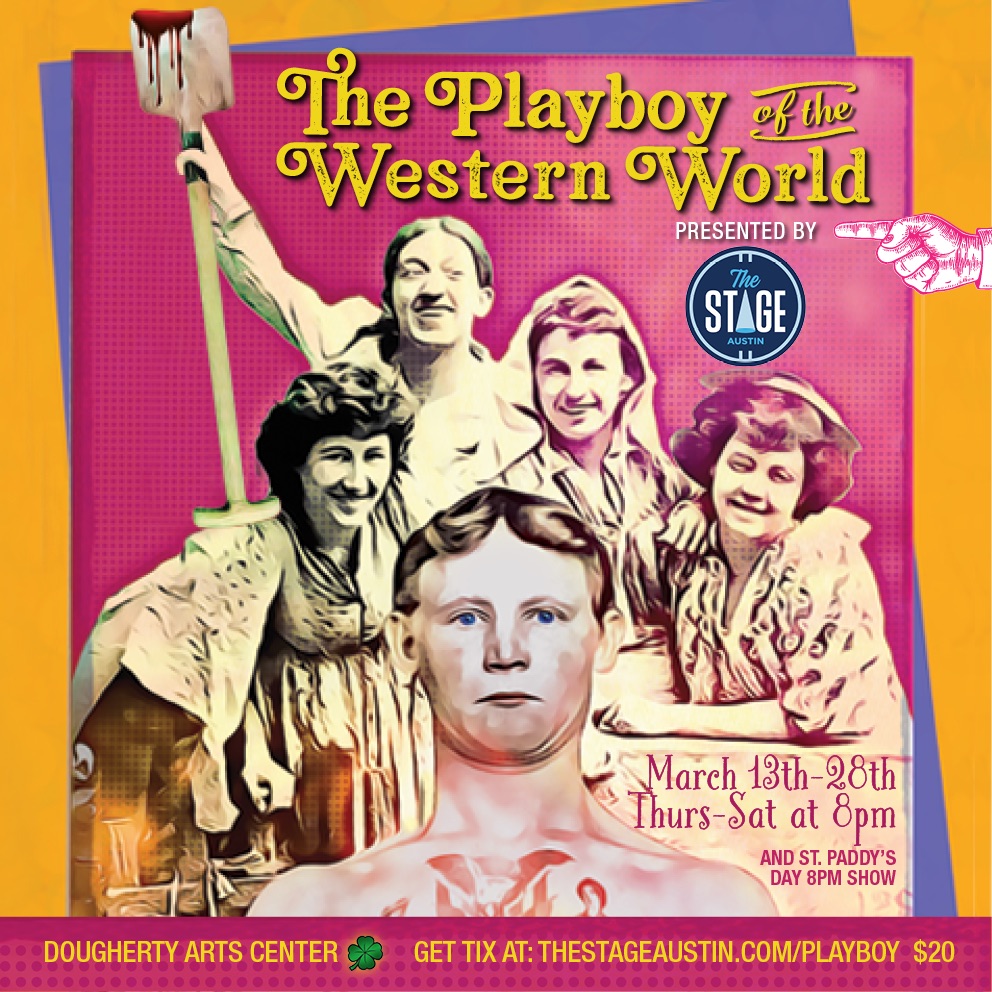 Project underway in mid-2017: Bringing Austin a professional theater that is accessible, affordable, and socially conscious. Follow the journey of Austin's newest theater.